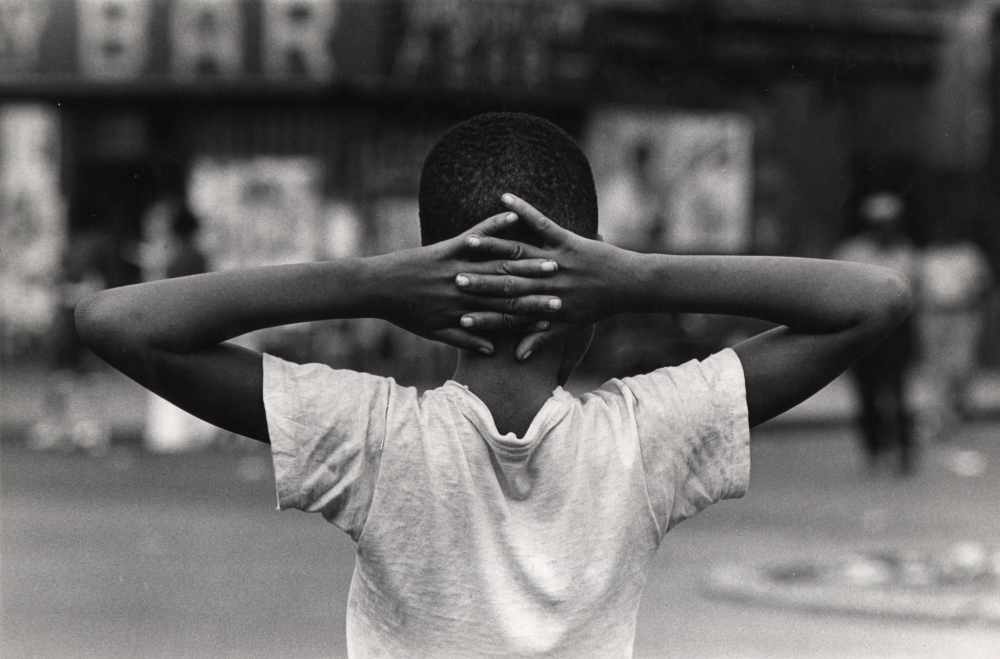 Founded in New York City in 1963, the Kamoinge Workshop is a collective of Black photographers whose mission emphasizes collaboration (the word Kamoinge, which comes from the Kikuyu people of Kenya, roughly translates to “collective action”). In 2013, the collective was recognized as the longest continuously running nonprofit in the history of photography. During its formation, the workshop’s central goal was to create a space in which Black creatives could uplift, display, critique and archive their work as well as portray their own communities from within to counter the dominant narratives surrounding them. Through Feb. 26, 2021, Keith de Lellis Gallery is honoring the work of three renowned Kamoinge photographers—Anthony Barboza, Beuford Smith and Shawn Walker—in its current exhibition.

Barboza, who has captured subjects ranging from well-known celebrities to anonymous children roaming the streets of New York, was born in 1944 in New Bedford, Massachusetts. His lengthy photography career, which began in 1963, has incorporated both street and studio photography. Most famous are his photographs of jazz musicians in the 1970s and ‘80s, many of whom are included in his book “Black Borders,” which was published in 1980.

Smith was first inspired to pursue a career in photography after seeing Roy DeCarava’s “Sweet Flypaper of Life.” Eventually, it would be DeCarava himself who introduced Smith to the Kamoinge Workshop; and when DeCarava stepped down as chairman of the collective, Smith was voted in. Now the founder of Cesaire Photo Agency as well as co-founder of the Black Photographers Annual, he has received numerous honors and fellowships throughout his career. Smith, who is considered a founding member of the Kamoinge Workshop, also served as president of the group for a time. His documentary photography is now likened to his inspiration DeCarava’s; both have been described as possessing a distinct emotionality.

In 1963, Walker was invited to Kamoinge after showing a strong interest in photography throughout his childhood. The youngest member of the collective at that time, Walker recalls being in awe of the support system he found within the workshop. He felt a sense of brotherhood with other members, describing them as mentors. Now, Walker himself has been a teacher for many years, working at Queensboro College, York College and Columbia University Teacher’s College.

Keith de Lellis Gallery’s current exhibition showcases how each of the three photographers, each with his own recognizable style, conceptualized the Black experience in New York City through times of social upheaval. The featured images encompass a wide range of emotions and subject matter, ultimately coming together to counter the dominant and misleading narrative about Black life in America. With portraits and still lifes, street photography and near abstractions, Barboza, Smith and Walker’s images highlight the artists’ own experiences from their own distinctive points of view. As a whole, they provide a more truthful, a more empathetic look into an experience that is too often misrepresented.