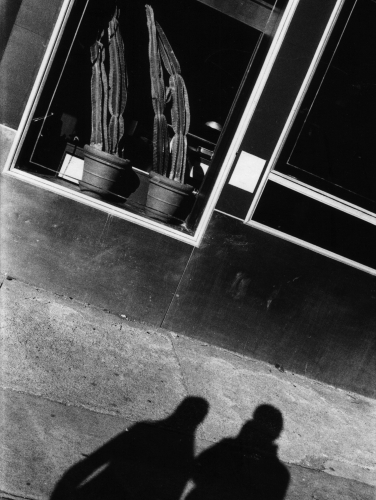 Beginning in 1963 and continuing into the present day, Anthony Barboza (b. 1944 New Bedford, MA) has enjoyed a long career in photography. One of the most important African American photographers of his generation, Barboza has excelled at capturing his subjects both on the street and in the studio. Perhaps best known for his photographs of singers and jazz musicians in the 1970's and '80's, Barboza's subjects span a wide range, from high-profile celebrities to anonymous children on the street of Jacksonville, Florida.

The artist began his informal training in New York City, influenced and mentored by photographers Hugh Bell, Louis Draper, and Roy DeCarava. In these early days of Barboza's interest in photography, the artist was introduced to The Kamoinge Workshop, now Kamoinge, Inc., a network of professional photographers addressing the under-representation of black photographers in the art world. Kamoinge would be an important inspiration and support system for Barboza's photography throughout his career. Today, Barboza serves as president of the organization. His photographs can be seen in Timeless: Photographs by Kamoinge, currently being exhibited at the Wilmer Jennings Gallery at Kenkeleba (219 E 2nd Street).

Barboza's intuitive photographs capture candid emotion in everyday scenes. Uniquely combining his diverse influences, these early- to mid-career images exhibit Barboza's ability to transition from documentarian to commercial photographer while maintaining a distinctive style. His experimentation with lighting and determination to capture a feeling in his images are prevalent throughout his work.

Barboza's photographs have appeared in numerous publications, including The New Yorker, Sports Illustrated, Newsweek, LIFE Magazine, and Vogue. His work is featured on the January/February 2016 cover of Photograph magazine. Barboza's work is included in the permanent collections of such institutions as the Museum of Modern Art, the Brooklyn Museum of Art, and the Studio Museum of Harlem.

Barboza's monochrome photographs from the first three decades of his career highlight his technical skill and creative drive in Anthony Barboza: Vintage Photographs, on view at the Keith de Lellis Gallery through March 12, 2016.